In this article, I highlight the historic events and sites in this beautiful city. You can read more about fun activities here. 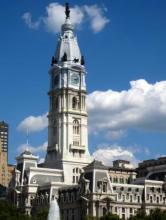 To experience this history, a visit to the Liberty Bell Center and Independence Hall is a must. 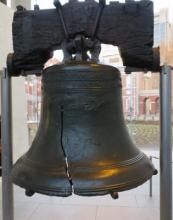 The center is located at the Independence National Historical Park, which hosts several historic buildings and exhibits.

At the center, you can learn about the road to independence and see the actual Bell that was rung as the declaration was read.

Interesting Facts: The Bell originally was called the State House Bell. It wasn’t referred to as Liberty Bell until the 1800s as part of the abolitionist movement.

Several exhibits highlight the history of the Bell, how it became a symbol of liberty and what happened when it cracked.  In one alcove you can read the declaration of independence in nine languages.

Once you pass through all of the exhibits, you can view the Bell from all directions and pose for photos with this historic icon.

This exhibit is free. It can get very busy at times. The security checkpoint at the beginning of the line adds to the backup. If it is too crowded, just walk around in the park outside for a while and try again later. 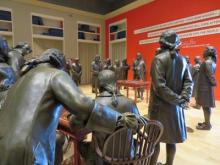 Across the street from Liberty Bell, in the same historic park, you must visit the Constitution Center. This museum is dedicated to the declaration of independence and the US constitution.

In one hall you can witness a life-size representation of the founding fathers as they sign the historic document. You can walk among them and sign the declaration yourself.

Interesting Facts: Politics nowadays are very continuous but it is 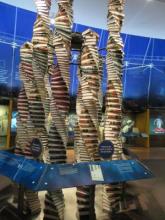 nothing new. In 1800 a political dispute between Alexander Hamilton and Aaron Burr resulted in a duel to the death of Hamilton.

In another hall,l you can take the oath of a supreme court justice and view many exhibits highlighting the debates that raged before and after the declaration.

A multimedia show is presented in the auditorium taking the visitor on a journey through the history of democracy and the power of the people. 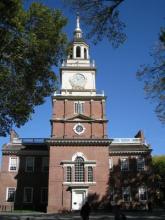 This is where the declaration of independence and the constitution were debated and signed.

After long debates by the delegate, the 13 colonies united in declaring independence from the British Empire on July 4, 1776.

Interesting Facts: Thomas Jefferson and John Adams did not sign the Constitution. They were out of town on business.

The building continued to serve as a meeting place for delegates trying to write a constitution for the independent colonies. In 1787 the constitution document was completed.

Tip: To experience this historic building, you must join a walking tour by reservation only. You have to line up at the visitor center at opening time to grab free tickets for your party. They run out quickly in the morning. 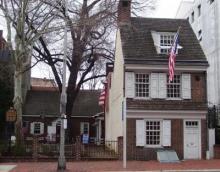 A few blocks away from Independence National Historical Park, you can relive the story of how the first American Flag was made.

Beware though that not every historian believes the story of the seamstress Betsy sewing the first flag, but it is still very entertaining and educational to view the exhibits and learn about this side story of the independence.