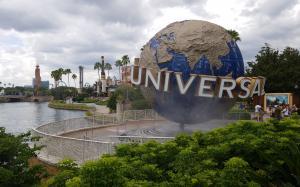 The park has eight distinct areas surrounding a large lake but does not have a studio tour. Instead, some of the attractions from the Hollywood tour are stand-alone rides in the park.