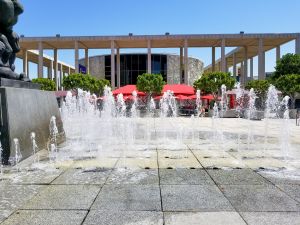 One of the largest performing arts centers in the country is in downtown Los Angeles. 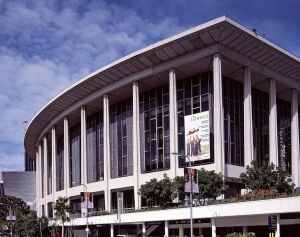 The Chandler Pavilion is home to the Los Angeles Opera and Glorya Kaufman Presents Dance. It also hosted the Academy Awards for several years.

Los Angeles Opera produces standard operatic repertory as well as new and rarely staged operas. Some of the great works staged here are The Ghosts of Versailles, A Streetcar Named Desire, and Nicholas and Alexandra.

The ambiance and grandeur of the Pavilion itself are breathtaking with beautiful chandeliers, an expansive lobby, and spiral staircases.

The Chandler Pavilion used to be home to the LA Philharmonic before it moved to Walt Disney Concert Hall. 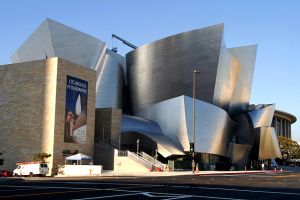 Walt Disney's wife, Lillian, donated $50 million as the seed money for this project in memory of her husband, who loved the arts.

The main concert hall looks spacious and elegant, with seats terraced around the stage and a stunning pipe organ towering above the orchestra. 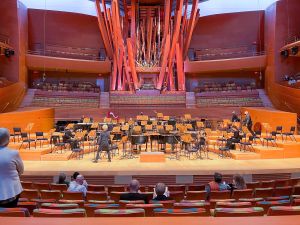 During a recent visit, I got the chance to listen to a beautiful performance of Rachmaninoff's Symphonic Dances. The orchestra played it flawlessly, and the acoustics in this hall were excellent.

Interested fact: This piece was first performed on February 18, 1943.

During intermission, the bar offered some basic cocktails, a few wines, and some snacks. I think the selection needs some improvement.

Also, by the time some people got their snacks, it was time to get back to the performance. I was lucky to know that you can order your drinks and snacks ahead of time and have them ready on a table during intermission. 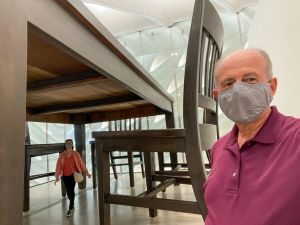 Although this contemporary art museum is not part of the music center, it is worth mentioning here. It is right next to the Walt Disney Concert Hall and offers a convenient stop before or after the show.