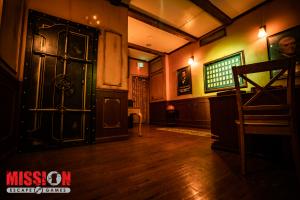 I heard a lot about escape rooms but never participated until recently when I visited the Mission Escape Games location at the Garden Walk, Anaheim.

I fell in love with the games right away. It is a great way to spend an hour and a half having fun with friends and family and using your brain to solve puzzles.

If you haven’t tried an escape room yet, here is an explanation: It is a game in which a team of players discovers clues, solves puzzles, and accomplishes tasks in one or more rooms to accomplish a specific goal in a limited amount of time.

That was the scientific definition, but basically, you will be running around between two or three rooms, collecting clues, and cooperating (or arguing) with your team to escape the locked rooms.

Mission Escape Games in Anaheim is a perfect place to try the game for the first time.

They always start with detailed instructions and synopses of the story, and they provide a way to get some clues from the game master in case you get stuck.

Important Note: They ask you to arrive 30 minutes before your scheduled time because you must sign waivers and watch a video and listen to the game synopsis and instructions. 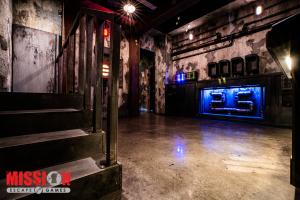 So far, we have tried two of their escape rooms, and we plan to return for more.

We started with Bank Heist, where we had to pull the ultimate bank robbery to clear a dept we accumulated with the mob.

Our second escape was from the End of Days room. We had to put together the final element to save the human race from a failed experiment. Both games were exciting and fun to play.

Please note that  I am not giving away any specifics or pointers about gameplay to avoid spoilers. You must figure it out on your own.

There are a lot of escape room places, so what is so special about this one?

First, I like the convenient location at the Garden Walk, close to Disneyland, and too many top-notch restaurants.

Second, I like that I can reserve the whole room for my party. You pay around $120 on weekdays or $135 on weekends for a family of four.

And finally, I think the game guides are friendly and funny and make the game more enjoyable.