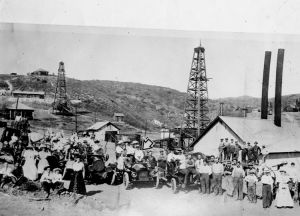 California is known for the gold rush, which caused many prospectors to head west to strike it rich. But California also experienced a black gold rush when oil (petrol) was discovered.

Brea started as a village for oil field workers, but when the oil boom became the oil bust, Brea became a citrus producer with orange and lemon fields instead of drilling fields.

You can still see some oil drills on the hills above Brea, but they are dwindling.

Over the years, Brea turned into an important retail center because of the large Brea Mall, several mini-malls, and the recently redeveloped Brea Downtown. 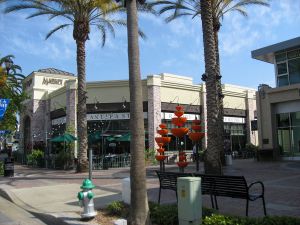 Brea's downtown area underwent a major revitalization project in the 2000s and became a meeting place for Brea residents and visitors for the food and the entertainment.

You can enjoy a movie at Edwards Theaters, or catch a comedy show at the Improve or just take a stroll between the shops and restaurants. 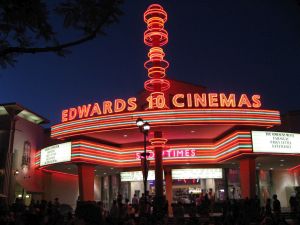 Downtown has a large variety of cuisine to satisfy every taste.

There's also ample parking, whether on the street or in the parking structures.

Not Another Escape Room 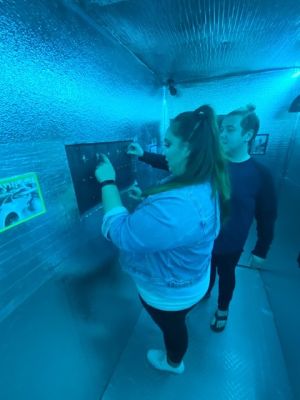 If you love the challenge of escape rooms, you will love this one where your objective is not to escape - but to find the clues, solve the puzzles, and complete the objective before time runs out.

And if you love science fiction, pick the Time Machine Room. When you enter, you are informed that the time machine's inventor went missing.

Your mission is to investigate this disappearance, locate the missing scientist and prove once and for all if time travel is even possible. 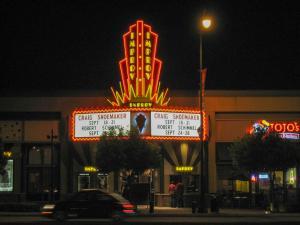 Read more about the Improv here. 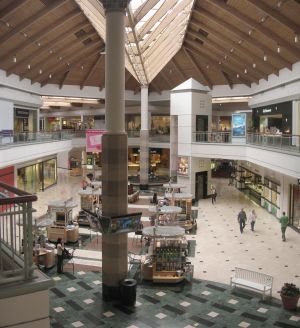 Shopping, of course! With the Brea Mall occupying more than a million square feet and full of major stores like Macy's and Nordstrom, you must spend some time here.

Besides the big-name store, you can find plenty of boutique shops, electronics, games, and restaurants.

A large food court offers a sampling of world foods for every taste. 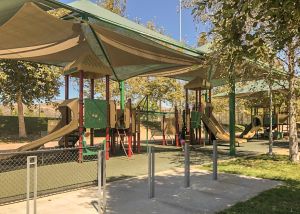 This is a large park with a play area, ball fields, walking, and hiking trails. The play area is divided for children 2-5 years of age and 5-12 years.

It is the perfect park for kids who love slides, climbing steps, climb-up poles, and walls. The ground is made from foamy cushion rubber, protecting kids from most falls.

There is a lot of shade on the playground and the parking lot.
Note: The field use is prioritized for Brea-based organizations through arrangements with the Community Services Department. 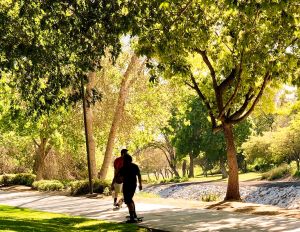 Giant Birch trees help keep this park shaded for more enjoyable hot days. The park also has a lot of room for walking and jogging. 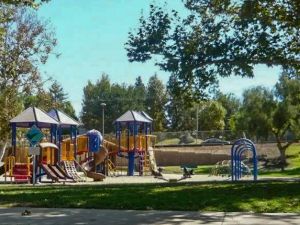 This park is managed by Orange County and is characterized by rolling hills, a large variety of trees, a small lake, three year-round creeks, and a rose garden.

A three-acre lake is visited by many annual migratory birds - and Fishing is allowed with a License. You can also launch model radio-controlled sailboats.

The park offers a variety of recreational activities, including three softball fields, one baseball field, jogging trails, and a sports complex with basketball, volleyball, racquetball/handball courts and horseshoe pits. 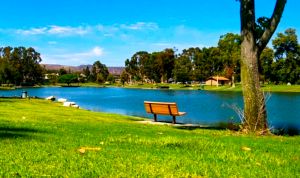 The park is officially in the city of Placentia, but it borders Brea and Yorba Linda.

A variety of recreational opportunities, including bicycling, walking, model sailboating, Fishing, and playgrounds, are available.

An 8-acre lake gives the park a natural beauty and attracts many migratory birds along with the ducks and geese.

Fishing for catfish and bluegill is allowed with a California Fish and Game License. Launching of model radio-controlled sailboats is also permitted.

When I used to work in Brea, I used to bring my bag lunch here and enjoy a peaceful and relaxing meal on the lake before going back to the grind of work.

Yes, you can eat in Brea Downtown or at the Brea Mall, but the dining scene in Brea is not limited to those places. Some of my favorite restaurants are scattered around town. 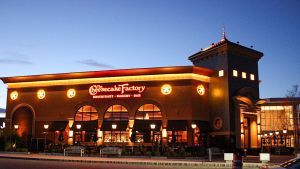 This one is on the Brea Mall grounds but detached. At the factory, we come for the cheesecake, but we stay for the great food and drinks.

This is by far my favorite restaurant chain, and the menu is so huge it requires some studying before ordering.

They offer sandwiches, steak and seafood, flatbread and pizza, and pasta dishes.

The dessert menu is phenomenal. You can start with the traditional cheesecake, but be adventurous and try oreo® dream extreme, cinnabon®, cinnamon swirl, or even the low carb cheesecake. 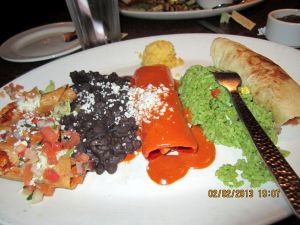 Before you even order, they bring you freshly cooked tortilla or chips with three different types of salsa and sweet butter.

Their margaritas are excellent too, but if you prefer something different, they have a selection of cocktails.

Some of my favorite dishes here are the Fajita, Shrimp Enchiladas, and any of their combos.

For dessert, you can pick deep-fried ice cream, berry tostada, or Mexican flan.